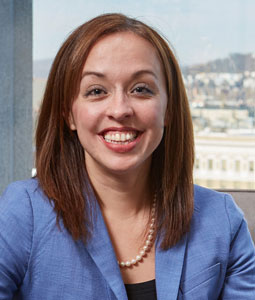 Jody provides counsel to industrial and commercial utility customers in state and federal regulatory proceedings throughout the country, with the majority of her practice centered on Ohio and Kentucky. She has represented clients in both regulated and deregulated environments, in a wide variety of ratemaking proceedings, including special contract matters, and in appellate proceedings before the Supreme Courts of Ohio and Kentucky. Her practice also extends to utilities and distributed generation developers.

Prior to joining Boehm, Kurtz & Lowry, Jody served as an Assistant Consumers’ Counsel with the Office of the Ohio Consumers’ Counsel. In that role, she represented residential customers in a wide range of matters, focusing primarily on issues arising before the Federal Energy Regulatory Commission.